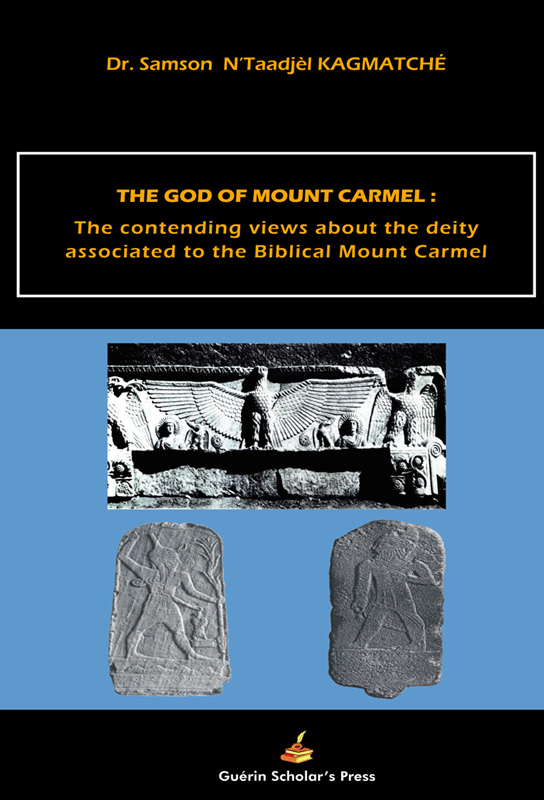 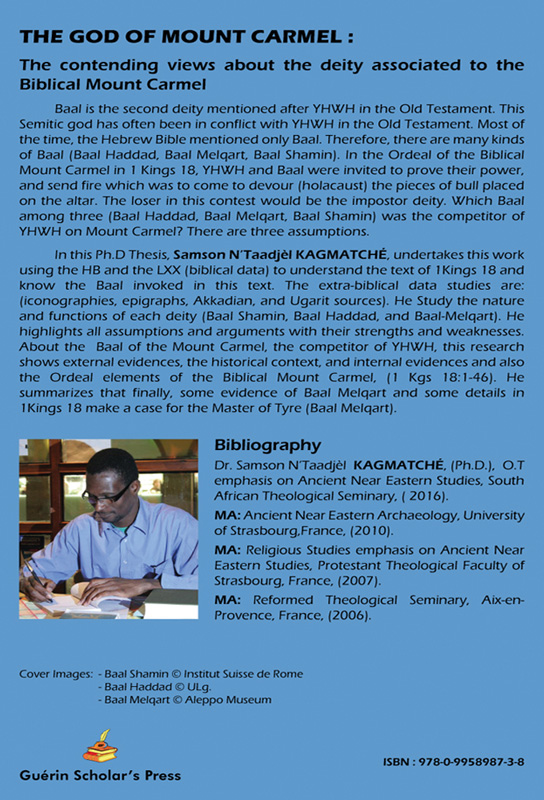 The God Of Mount Carmel: The contending views about the deity associated to the Biblical Mount Carmel

Baal is the second deity mentioned after YHWH in the Old Testament. This Semitic god has often been in conflict with YHWH in the Old Testament. Most of the time, the Hebrew Bible mentioned only Baal. Therefore, there are many kinds of Baal (Baal Haddad, Baal Melqart, Baal Shamin). In the Ordeal of the Biblical Mount Carmel in 1 Kings 18, YHWH and Baal were invited to prove their power, and send fire which was to come to devour (holacaust) the pieces of bull placed on the altar. The loser in this contest would be the impostor deity. Which Baal among three (Baal Haddad, Baal Melqart, Baal Shamin) was the competitor of YHWH on Mount Carmel? There are three assumptions.

In this Ph.D Thesis, Samson N’Taadjèl KAGMATCHÉ, undertakes this work using the HB and the LXX (biblical data) to understand the text of 1Kings 18 and know the Baal invoked in this text. The extra-biblical data studies are: (iconographies, epigraphs, Akkadian, and Ugarit sources). He Study the nature and functions of each deity (Baal Shamin, Baal Haddad, and Baal-Melqart). He highlights all assumptions and arguments with their strengths and weaknesses. About the Baal of the Mount Carmel, the competitor of YHWH, this research shows external evidences, the historical context, and internal evidences and also the Ordeal elements of the Biblical Mount Carmel, (1 Kgs 18:1-46). He summarizes that finally, some evidence of Baal Melqart and some details in 1Kings 18 make a case for the Master of Tyre (Baal Melqart).